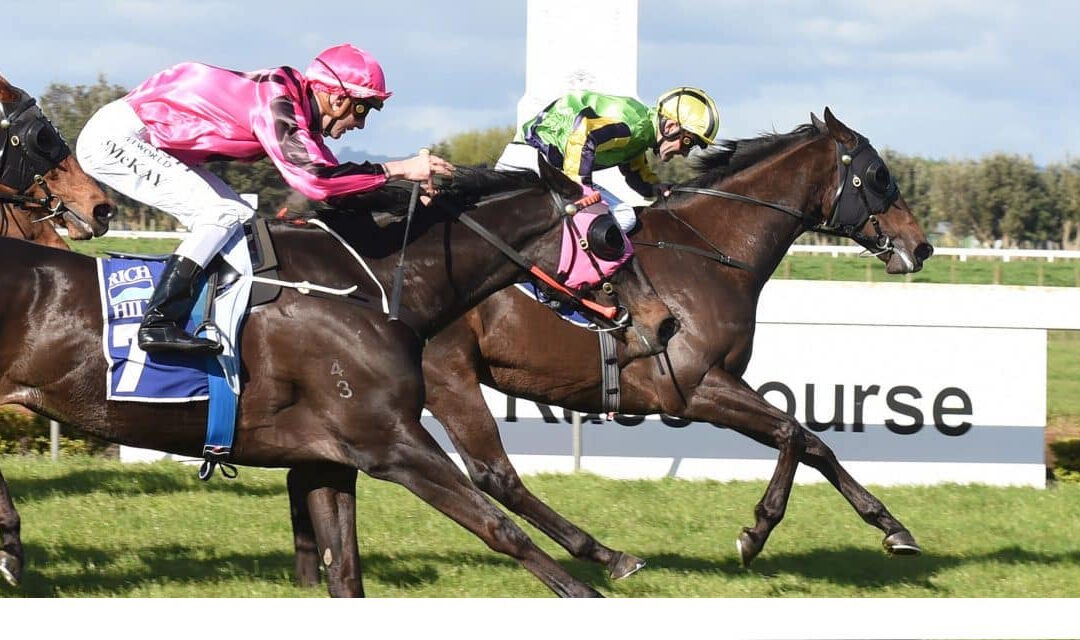 Owner Lib Petagna and trainers Murray Baker and Andrew Forsman have scored back-to-back wins in the Gr. 3 Rich Hill Stud Taranaki Breeders’ Stakes at Hawera. They teamed up 12 months ago to win the fillies and mares’ feature with Francaletta, and on Saturday the same colours were carried to an all-the-way win by the 5yo mare Nicoletta.

“That was a really good win in her first start since April,” Forsman told www.theinformant.co.nz. “She’d been working really well heading into it, and we were expecting a strong performance first-up. Once she got the lead and dictated terms, it was set up very nicely for her and she fought them all off really well.”

The Savabeel mare, bred by Goodwood Stud and bought for $90,000 as a yearling by BPB on behalf of JML Bloodstock, has now had 22 starts for four wins, seven placings and more than $232,000 in prize-money.

This was Nicoletta’s second Group 3 win, having beaten the subsequent Group One winners Devise and Bonneval in the Gr. 3 Desert Gold Stakes in early 2017. She had a series of big-race placings last season in the Gr. 1 Herbie Dyke Stakes, Gr. 1 New Zealand Thoroughbred Breeders’ Stakes and Gr. 2 Travis Stakes. 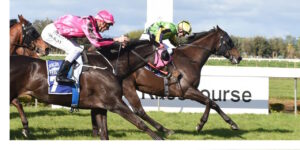